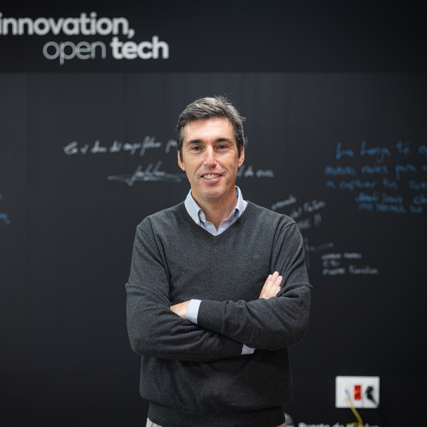 Rodrigo has a long professional experience. After finishing his studies in Telecommunications Engineering, he began his professional career in 1998 with an internship in AICIA, thanks to which he got hired as SW Developer in ISOTROL. In the year 2000 he was hired by Grupo ENDESA, specifically as Head of Telecommunications Projects at ENDITEL. In 2004, and still working for the same group, he moved to the Electrical Sector as Territorial Manager of the Southern Zone of ENDESA INGENIERÍA, which included Andalusia, Extremadura and the Canary Islands.

In 2006 he decided to return to Huelva, his homeland, to join as a partner in the emerging project of GABITEL INGENIEROS. Ever since then, he has developed management functions, both technical and commercial, contributing to the growth and expansion, currently working as General Manager of the company and its subsidiaries in the UK and Germany.

Being from Huelva, his relationship with the sea is very close. He has practiced all kinds of water sports: light sailing, sky and scuba diving… Nowadays he practices windsurfing and kayak fishing. In addition, at a professional level, he has worked and still works constantly with the Port Authority of Huelva. He has a passion for the portuary world, and for that reason, in 2016, he took a course on International Commerce, Maritime Traffic and Portuary Operations by ICEX. Quite an expert!

Our mentor believes that La Lonja de la Innovación has the potential to become a worldwide referent on FIWARE applied to the port area, as well as to serving as an accelerator of technological companies of which today there are good examples in the province.